Thanks for visiting the my website. This wasn't the update I was expecting to write, but I decided back in November to take an extended break from comedy. At the time I felt it was more important to focus on other creative and autodidactic endeavors, as well as enjoy more time with my family.

It was then I decided to wrap up my Comic Books and Comedy show at Hi De Ho with the goal of doing a final March show to celebrate our 5 year anniversary. Call it good fortune or good timing or just plain dumb luck, but with the current state of the world dealing with the pandemic I'm grateful to have stepped back. Right now focusing on the safety and health of my family and friends is the most important thing.

I look forward to the new normal that is to come and will continue to support my friends, fellow comedians and colleagues, and local businesses however I can.

Explore the site and if you have any questions or suggestions, you can always drop me a note with the contact form at the bottom.

For a direct link to my album, click on the button below.

This is the Sound of My Voice 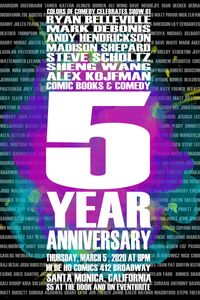 We are celebrating our 5 year anniversary show and the FINAL Comic Books and Comedy. It's been a great run, but all good things come to an end. I'm thankful to all the comedians that were part of the show. As well, a huge thank you to our loyal audience members who came month after month to support and enjoy the show. 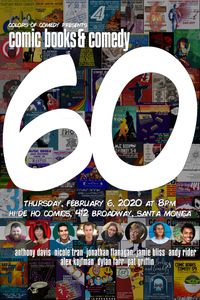 It's the final show before our actual final show. We celebrate our 60th show in style with a diverse group of comedians - Andy Rider, Nicole Tran, Pat Griffin, and more... 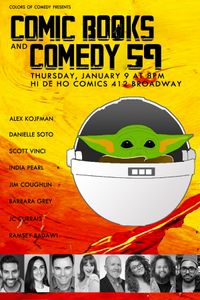 Comic Books and Comedy 59: Comedy is the Way

Grab a ticket and you can bring your own drinks and food into the store. Enjoy one of the best nights on the west side! 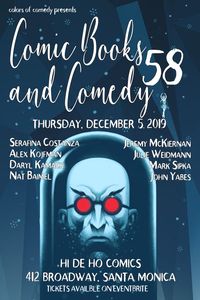 Don't miss out on some of the hottest comedy on the West Side. Hi De Ho Comics brings you their once a month comedy show with an incredible line up of comedy. Best of all - it's a great night out by the 3rd Street Promenade. Grab a cheap ticket and bring your own snacks and drinks... BYOB. Pick up a favorite six or a bottle of rosé and laugh the night away. A 20% sale on the night of the show on all comic books in the store and prizes given out at the end of the night.

Adults in the Room 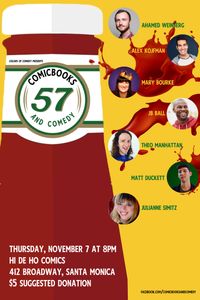 Our 57th show has Ahamed Weinberg from the Late Show and Comedy Central. 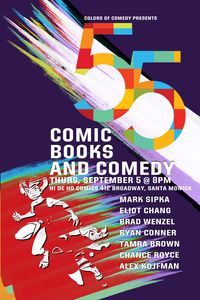 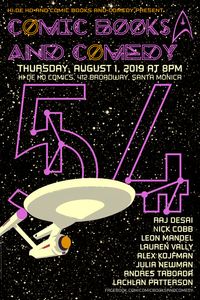 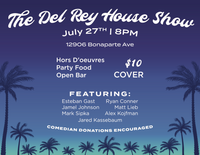 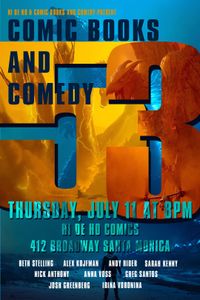 Ugly Stepchildren puts all the artistry you love and love to hate in one show. Expand your mind and palate with acts of all nature from music, comedy, dance, drama, clown, readings, magic to hula hooping. Come celebrate the misfits, the freaks, the black sheep, and that kid you didn’t want but learned to love. Ugly Stepchildren brings the hipster nonsense of the Eastside to the Westside! 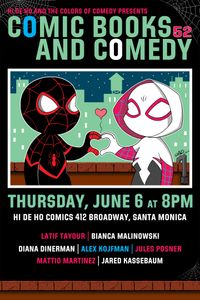 Join us for a fantastic and diverse line up of comedians in the heart of Santa Monica - bring your favorite drinks and friends for the best night of comedy on the West Side. 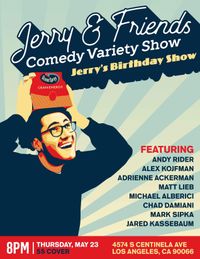 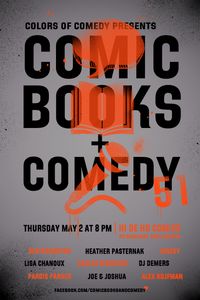 just a little something something

Alex's comedy can be described as personal and honest with a silly intensity.   He taps into his over-analytical nature to find the humor in the smallest of things.

In 2019, to a packed audience at the venerable Absolute Comedy, Alex Kojfman recorded his first comedy album "This is the Sound of My Voice."  Currently available on Vimeo and iTunes for purchase.

I have produced a show at Hi De Ho in Santa Monica since March of 2015. We have grown a lot since then and continue to have a loyal and diverse audience coming every month to enjoy the show with up-and-coming and seasoned comedians sharing the stage. Over the years we have had some nationally recognized comedians be part of the show including Alonzo Bodden, Jermaine Fowler, Todd Glass, Ali Wong, Michael Kosta, Dominic Dierkes, Debra Digiovanni, Dave Merheje, and many more.

In March of 2020 we will be celebrating our five year anniversary show with some of my favorite returning comedians. It will also be the last Comic Books and Comedy show. Thank you for FIVE AMAZING YEARS!

The gallery below has our latest poster and some from previous shows. 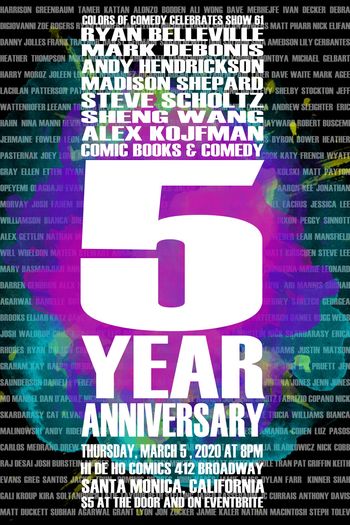 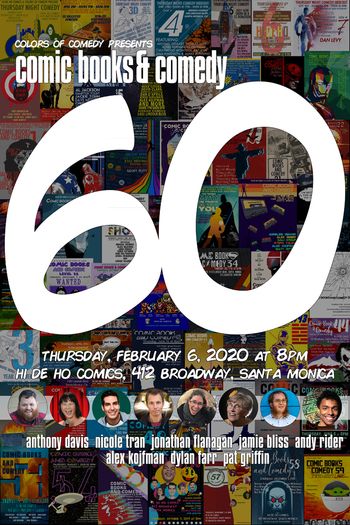 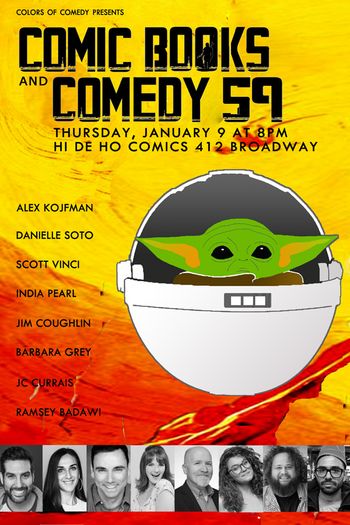 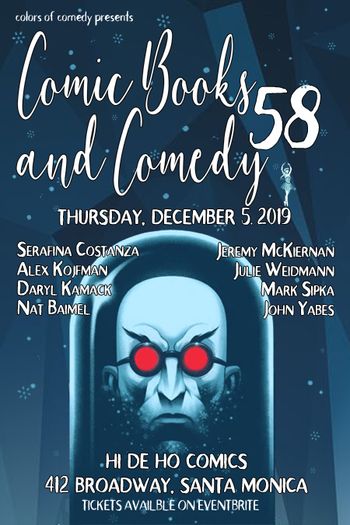 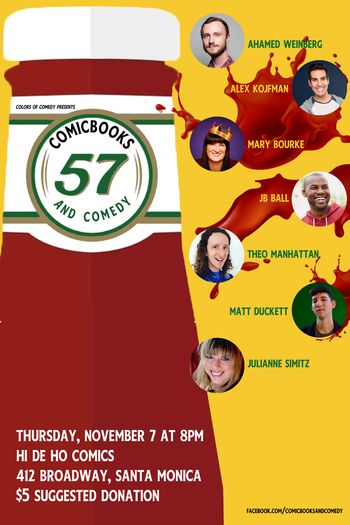 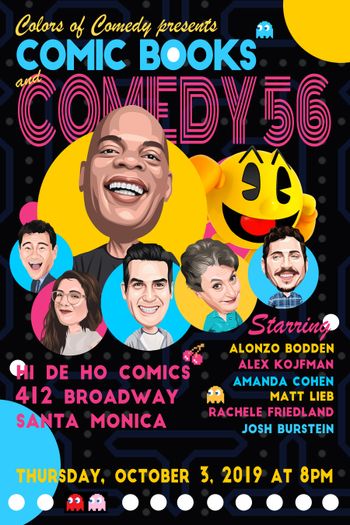 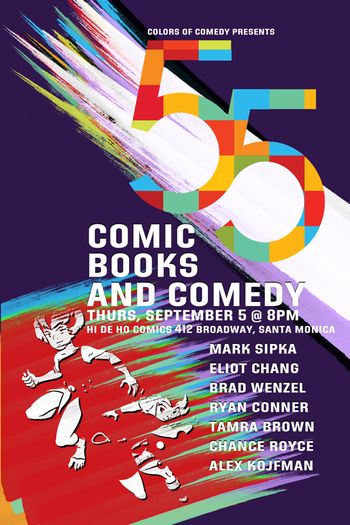 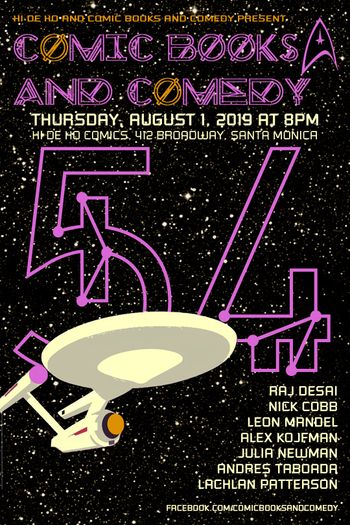